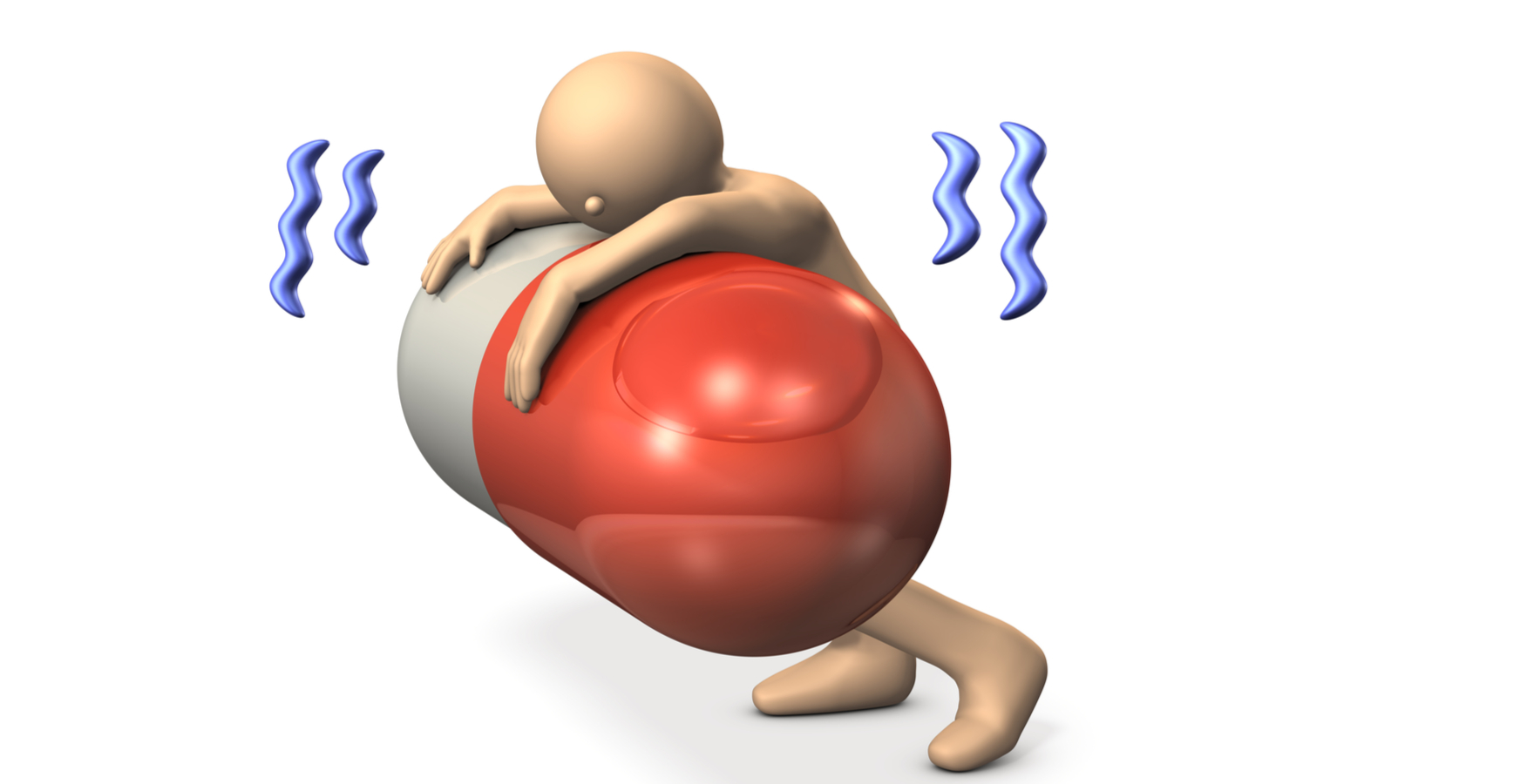 A patient’s view of pain medication

My journey with strong pain medication began when I was hospitalised following a manual handling accident in 2008.  I continue to live in chronic pain, sometimes severe, but I now take virtually no pain medication.  When I made the decision to stop taking pain medication my body took a number of difficult months to adjust, but I now live with either a similar, or probably less, level of pain, and without the side effects of the medication.

I can remember being given various medications to take whilst in hospital, but I don’t think I had any idea what I was taking. I don’t remember any explanations being given to me around their use, I just took what was given.  I don’t know whether this is normal practice (I don’t usually have accidents that land me in Accident and Emergency, and on a hospital ward), and although I can understand it at one level in terms of time and efficiency of treatment, it has caused me to question whether care is always provided in full partnership with patients, and whether enough information is given to allow patients to give informed consent to aspects of their care, and to become less passive in their care and more empowered.

I was on the hospital ward for five days and I was started on a cocktail of drugs.  The opportunity was there for someone to sit down with me and talk me through the various drugs, why I was being given them, potential side effects, and the long-term view of my medication treatment (or any treatment!), but it wasn’t taken.  From memory I was just handed the drugs and expected to take them.

I left my five day stay in hospital armed with various packets of medication, and a bottle of Oramorph.  I then embarked on my difficult, and very long, journey with pain medication.

I was told by more than one clinician that as long as I was taking morphine for pain, then I wouldn’t become addicted to it.  I realise there are discussions to be had about the terms ‘addiction’ and ‘dependence’, but I had absolutely no idea what was in store for me when I decided to stop taking Oramorph.  I don’t remember being given advice about tapering down its use when stopping, and after around 6 weeks of using it regularly I decided it was time to try and move on from the really strong drugs, and so I stopped taking Oramorph, basically overnight.  I cannot describe to you how dreadful the withdrawal experience was.  It lasted more than a few days and I can’t remember feeling so ill in my life, except the time I had pneumonia with a collapsed lung when I think I was probably close to death’s door.  I will always have full sympathy for anyone coming off drugs, whether prescription or recreational.  A very unpleasant and difficult experience.

I would just love to see the evidence which backs up the assertion that people taking morphine for pain won’t get addicted or dependent.  I have personal experience which strongly suggests that’s not the case!

I am aware in my locality that there are difficulties supporting chronic pain patients who want to come off strong opioids, and whose bodies have become dependent on them.  There are services to support people with recreational drug dependencies, but there doesn’t seem to be support for those dependent, as clearly I was, on prescription drugs taken for pain.  I hope that this is addressed soon.  There seems to be a climate of change in many countries about the over-prescription of strong opioids, but I hope the clinicians who stop prescribing them take proper care of their patient’s dependencies, formed through no fault of their own. Based on my experience of withdrawal from Oramorph I am sure there must be lots of people who will need help getting off strong opioids, it really wasn’t easy for me.

I did take Oramorph again, intermittently over the next few years, but I was always very careful not to take it on a regular basis and not for very long.

NSAIDs seemed to work well for me, although I did have an occasional scare in terms of whether they were affecting my stomach or not.  I started with Diclofenac, and then moved onto Naproxen.  I was on them for years, and as far as I remember it was my choice to stop them when I decided I wanted to reduce my medication.  I have no idea how, and if, they contributed to my overall side effect problem.

I was frequently told that Amitriptyline was fairly innocuous, and helpful for nerve pain and sleep, but I’m not sure it was without problems in my case.  If nothing else I think it created more sleep problems than it solved.  I am convinced it caused me other problems too.

One of the difficulties for me was that after leaving hospital, and for the following few years, I was on a cocktail of medication, of varying strengths and types. I often ‘lived in the land of the fairies’ as I called it, and as well as suffering from pain from my physical condition I was also suffering a range of side effects from the medication.  Looking back at the state I was in, and the number of medications I was on, I couldn’t possibly have isolated the various side effects and attributed them to a particular medication, and thereby addressed them where possible.

I did have a try at taking Gabapentin and Pregablin, but even after little more than one dose I couldn’t walk in a straight line, or mentally function, so they weren’t pursued.

Taking opioids was not trouble free for me, although they did help with the pain.  As the years went on I seemed to get more and more sensitive to anything with an opioid base.  To be honest, I don’t actually know if I became more and more sensitive to opioids or if I had always been very sensitive but so enveloped by the many side effects of the cocktail of drugs I was on that I had no real idea what was going on with my body anymore and so just couldn’t tell what was happening.  All the side effects seemed to merge together and looking back I don’t think I realised how ill the medications were making me.

For at least the first few years following the accident I think I was treated mainly within a ‘medical model’ of care.  Most of my discussions, and treatment, from the various clinicians revolved around medications, injections and surgery.  This was the case even from the pain clinic.  I knew no different, and certainly was not adequately equipped to challenge this or move my care into something more.  It was my treatment four years following my accident, from an inspired physiotherapist called Matt Low working within a Cognitive Functional Therapy approach, that helped moved things on for me.  (See my blog on How Cognitive Functional Therapy Changed My Life *HERE*.)

If I’d had a physiotherapy course of treatment, based on the Cognitive Functional Therapy approach or similar, from the start then I may have felt both empowered enough and knowledgeable enough to stop seeking medications from GPs and consultants at an earlier stage, and to stop, or heavily reduce, my intake of pain medications and to start to manage my pain in other ways.

I should probably say that in reality, for the first year or so, I doubt I could have survived without at least some pain medications.  I do however think that I could have been on a reduced amount with appropriate knowledge and support.

My primary reason for eventually stopping strong (or in fact any) opioid medication was because I started to feel really ill after taking even a small amount, and I started to recognise that they quickly sent me into ‘the land of the fairies’.   I also experienced a collapse and needed to attend Accident and Emergency a little while after taking a small amount of prescribed Oramorph.  My GPs and rheumatologist supported me in trying to find a non-opioid based painkiller that would work, and so I started on Acupan.  This worked to some extent, but wasn’t fully effective in terms of pain reduction.

Looking back, if I could have my time again, a major part of my treatment I would change would be to take much less pain medication, and to stop taking any as soon as I could manage it.  The benefit of hindsight is a wonderful thing, and at the time medications seemed to be my only real option.  I couldn’t possibly have known that if I stopped taking pain medications, that even though I might experience a rocky few months, the pain would settle again and I could learn to self-manage the pain in different ways, but without the medication side effects!  I wish I had.

I do still take occasional pain medication, and to be honest should probably take them more often, for example when I need to try and break a difficult nerve-pain wind-up cycle, but I would never go back to taking the level of pain medication I was on, or anything like.   I much prefer to feel cognitively able, not to ‘live in the land of the fairies’, and to feel physically well, albeit in pain.

I am very grateful to the amazing physiotherapists, GPs and consultants who supported me in learning to manage my pain in different ways, and to achieve a life in pain but with no pain medication side effects, and to reduce the long term health consequences of being on large daily doses of a variety of medications.

(When reading the above it should be borne in mind that I am probably unusually sensitive to medications.  Even before my accident I avoided taking, for example, Ibuprofen because it could make me feel dizzy and  a little unwell.)