My pain journey in brief

10 years ago, I suffered a life changing injury in a manual handling incident. In simple terms I herniated a disc and my sciatic nerve root was compressed. I was in dreadful pain, unable to walk, sit, stand or even go to the loo! After 5 days of hospitalisation I was discharged, bewildered by strong medication and still in dreadful pain. Over the next few weeks I had to re-gain the ability to walk, but it took much longer to be able to sit down even for a few minutes. I had back surgery just over a year later, which removed the compression on the nerve.  Unfortunately by then my sciatic nerve root was permanently damaged, as was my back.

I have been on a long journey of recovery and rehabilitation with many, many ups and downs. I have experienced the inevitable grieving process for the life I had before the injury and the fear and concern about the prospect of living a life in constant pain.  I have lost my teaching career and experienced the day after day struggle of being in pain. It must have taken me at least two years to go through the difficult stage of acceptance.

I received quite a lot of medical input during the years following my injury. I saw a number of hospital specialists of one kind or another, had two supportive GPs and was treated by a number of physiotherapists and an osteopath. I even went to the pain clinic! However, the main turning point for me in my pain journey was being treated by an inspired physiotherapist, Matt Low.

The physiotherapists I saw before Matt seemed to concentrate mainly on core exercises and the osteopath performed manual therapy on me. Matt took an entirely different approach, which turned out to be a life changer for me. I understand his method is probably best described as Cognitive Functional Therapy.   I have written a blog about how I experienced this, how I found it different to any of the other approaches I received and most importantly the difference it made to me.  My Cognitive Functional Therapy blog can be accessed *HERE*.

Thanks to Matt starting me off on the process, I have learnt quite a lot about the science behind pain.  Although I don’t claim to be an expert I understand enough to help make some sense of what is happening in My case. I have learnt a lot about pain management.

During the first few years following the injury I was prescribed high doses of medication, including opioids (at least it was high doses for me – I am extremely sensitive to medication). Looking back, I’m sure I must have been fairly spaced out quite a lot of the time, and definitely quite ill. Eventually I decided that enough was enough and that I would be better off with increased pain than the side effects I was experiencing. I now live largely medication free, reliant purely on pain management skills. I was offered a spinal cord stimulator, but eventually declined this.

In terms of work, I was stupid enough (and yes, I do mean stupid!) to return to my role as a senior leader in a school only a few weeks after the injury.  I could barely walk, sit or stand properly! The headteacher I worked for was very supportive and I was able to come and go as I needed to.  Not something I would recommend to others, but I partly returned to work too quickly because of the number of times I was being told by GPs and hospital specialists that if I didn’t go back to work as quickly as I could, then the statistics said I may never go back! Probably not the best thing to say to someone as conscientious as I was!

I struggled for about a year, and even managed to help the school improve and achieve a good Ofsted in that time.  However following back surgery, and some very helpful advice received from an extended scope osteopath, I took partial ill health retirement from teaching and started a different chapter in my career.

I am now part-time self-employed working in the disability arena and have professional (and volunteer) experience with both physical and mental health disabilities.

Thankfully, like many others, I am lucky enough to have a positive and resilient mindset.  My cup is ‘half full’, and this has helped me to not only deal with the difficulties I have faced, but also to see the positive in them. Despite the pain I live with there are many aspects of my life that are now much richer than before.

I had experienced some trauma in my earlier life, which I truly believe strengthened my resilience and ability to cope. For a long time, I have lived by the motto ‘What doesn’t break you makes you grow’.  I fully appreciate how lucky I am not to have suffered depression or other mental health difficulties since having chronic pain.  I can completely understand why so many people do. I guess my time may come! 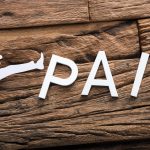 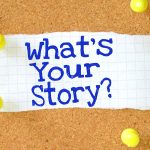